Home » The Jekyll and Hyde Syndrome

The Jekyll and Hyde Syndrome 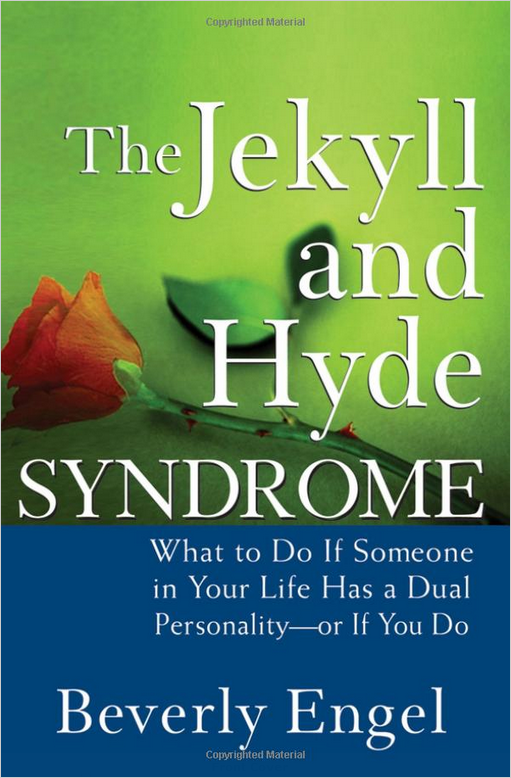 While every person has a dark side, some people experience unpredictable or abusive mood swings that are more dramatic than average: the spouse or parent who is loving one minute and totally enraged the next, the friend whose personality changes dramatically after drinking alcohol or taking drugs, or the person who lives a double life, appearing to be the pinnacle of virtue in public while leading an entirely different existence—even maintaining a separate identity—in private. People like these suffer from what the internationally acclaimed therapist and emotional abuse expert Beverly Engel calls the Jekyll and Hyde syndrome. If you or someone you know is a Jekyll and Hyde, you know the distress, fear, confusion, and chaos that living with this behavior can cause.

In The Jekyll and Hyde Syndrome, Engel explains for the first time what the syndrome is and how to cope with the Jekyll and Hydes in your life. Engel identifies the seven types of Jekyll and Hydes and discusses the specific psychological conditions and childhood experiences that can create Jekyll and Hyde personalities. She explores the damage the syndrome can inflict on those who are close to a sufferer, such as lost self-esteem, confusion and disorientation, and the stress of “walking on eggshells” to avoid conflict. With the help of questionnaires and real stories from her life and psychotherapy practice, she gives specific information and techniques to help you recognize and deal with someone with a Jekyll and Hyde personality, including how to:

There is no need to suffer silently from Jekyll and Hyde behavior. With Engel’s eye-opening insights on dual personalities and her powerful prescriptions, you can begin to bring the healing benefits of understanding, empowerment, and change to your relationships with others and with yourself.

PRAISE FOR The Jekyll and Hyde Syndrome

Randy Kreger Psychology Today
Living with a Jekyll and Hyde, forever walking on eggshells, is no way to live. It takes its toll physically and mentally, whether the person’s problem is Borderline Personality Disorder or something else. In this exciting new book, Engel gives hope to millions by showing them how to get off the emotional roller coaster no matter what their situation is.

——Randi Kreger is coauthor of Stop Walking on Eggshells: Taking Your Life Back When Someone You Care about Has Borderline Personality Disorder and founder of http://BPDCentral.com

Jerold J. Kreisman, m.d.
Beverly Engel traverses a wide spectrum as she explicates The Jekyll and Hyde Syndrome. She boils down the common essences of various psychiatric disorders such as Borderline and Narcissistic Personality Disorders and Post-Traumatic Stress Disorder to describe the conflicted bipolar Shadows of those whose expressions to the world vary so widely. Easy-to-understand explanations and advice in dealing with individuals with changeable personalities allow The Jekyll and Hyde Syndrome to describe the Yin and Yang of those engaged in this monumental human struggle.