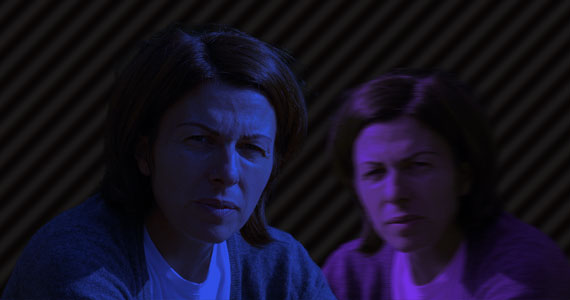 Self-Criticism Can Be Psychologically Devastating – How to Overcome It

From a very early age, we learn – in a manner of speaking – to nitpick ourselves. We take information from those we encounter and the world around us to fine-tune how we act and who we are, taking note of what doesn’t work in an ongoing internal dialogue that stretches back to childhood. “The healthy form of self-criticism,” says Divya Kannan, a clinical psychologist and assistant professor of clinical psychiatry at Vanderbilt University in Nashville, may involve a child evaluating his or her own behavior, like what not to do, based on cues from parents and teachers.

Constructive self-critiquing can help with proper development, plus everything from preserving relationships to toeing the line professionally. But for some, harsher self-criticism, often deeply rooted in his or her upbringing, can prove psychologically – and in certain cases, even physically – devastating. “Self-criticism is a tendency to set unrealistically high self-standards and to adopt a punitive, derogatory stance toward the self once these are not met, as invariably they are not because of their ever-raising nature,” said psychologist and researcher Golan Shahar, a professor of clinical-health and developmental-health psychology at Ben-Gurion University of the Negev in Israel, in an email. Shahar, the author of a new book called “Erosion: The Psychopathology of Self-Criticism,” explains this internal negative bent can have severe consequences.

“Self-criticism is a trait that has been shown to lead to numerous forms of psychopathology: depression, anxiety, eating disorders, bipolar disorder symptoms,” Shahar says. It can lead to psychosomatic symptoms, he says, whereby the mental struggles manifest in physical problems, such a chronic fatigue and pain; and under the weight of the mounting mental health burden, some take their own lives.

The seeds of self-criticism are planted early.

It’s caused by two possible factors, Shahar says: “Harsh, critical and punitive family relationships, or a very vulnerable genetics embedding the tendency to look inwardly and seek flaws.” And of course, he adds, both factors can combine to play a role. “The primary origin … [is] critical parents,” says Beverly Engel, a marriage and family therapist based in Los Osos, California. “That usually is where it starts – having overly critical parents or parents who have unreasonable expectations of their children.” Engel is the author of “It Wasn’t Your Fault,” a book about utilizing self-compassion to overcome shame and self-criticism stemming from childhood abuse.

Childhood trauma, such as sexual abuse, physical abuse and emotional abuse, can cause a child to feel tremendous shame, Engel says, and that “shame is at the core of self-criticism.” The same egocentric perspective healthy children naturally have that the world revolves around them makes them feel they’re responsible for everything that happens to them – especially when it involves their parents. “But even when it isn’t a parent, the child will blame themselves – especially with sexual abuse,” Engel says, adding with physical and emotional abuse, young children also blame themselves. “They can’t even conceptualize that somebody would do this to them, if they somehow didn’t cause it,” she says. “So every time a child is traumatized, that goes hand in hand with trauma is shame – this horrible, debilitating shame. That’s more than, ‘I did something wrong.’ It’s: ‘I’m wrong, I’m bad’ – and this shame is what causes people then to be horribly self-critical.”

Parents routinely don’t recognize they’re overly critical, Engel says. She describes overly critical parents as those “who find fault in what their children do a lot more than they give encouragement; the parents’ focus is a negative focus on the child – kind of always looking for the child to do something wrong … versus encouraging or giving the child any kind of accolades whatsoever.” In so doing, parents are commonly inflicting an internal family legacy upon their children, passing on the same sort of derision they received as a child from their parents. “One of the primary forms of emotional abuse of parents to children is this horribly self-critical stance,” Engel says. Being hyper-disciplined and pushing children toward high levels of achievement alone doesn’t constitute mistreatment; still experts say demanding parents, like so-called Tiger Moms, should be cautious not to go too far. “Tiger Moms are generally more overly protective than overly critical but [the way] they can inflict damage on their children is by being perfectionists and by pushing their children beyond their limits,” Engel says.

[Read: Dolphin Parenting: Raising Kids to Be Smart and Happy.]

Shahar says parents must be very cautious about being punitive and derogatory toward their children, since children can internalize this in the way they treat themselves. “Instructing children and … pointing out and even sanctioning bad behavior is mandatory, of course,” he says. “But this never, or almost never, should be translated toward attacking the child’s core being, or the child will internalize it and will follow suit.” Divya, who has studied the effects of self-criticism in adolescents and adults, says ultimately many who endure bullying or abuse incorporate that in how they relate to themselves: “You might start to kind of attack yourself in the same way you’ve been attacked.”

Break the Cycle With Self-Compassion

“What is interesting, in my opinion, is that once self-criticism has developed, it spreads around like an infectious virus,” Shahar says. “Self-critical children make their parents even more self-critical toward them, and they create criticism-based relationships with siblings, peers and teachers. The process unfolds over the life span, resulting in a strong, self-critical identity.”

Engel points out this creates obstacles for the children, even while parents may think they’re helping kids get ahead in life. Those hurdles can trip them up as adults, too. “Self-critics fear that others might criticize and reject them, and inadvertently evoke these very reactions. They isolate themselves from people and refrain from engaging in pleasurable activities. The end result is emotional disorders, primarily depression and anxiety,” Shahar says, among other psychological issues. “In adolescence and young adulthood, such distress may feed back to self-criticism and bolster it: ‘I feel so bad, something must be deficient in me.’ I call this process ‘the self-critical cascade.’”

Treatment of psychological issues can be complicated by the fact that many self-critical people blame themselves for their mental health struggles, and may punish themselves by not seeking treatment, Shahar says. But it’s possible to tweak the internal dialogue and find a more positive way forward, particularly using an “antidote to shame:” self-compassion, Engel says. When a self-critical voice spirals out of control and leads to mental health issues or when a person finds, for example, that they’re self-sabotaging – not allowing successes and positive moments to stand, finding ways to create problems or undermine long-term goals – it’s important, experts say, to seek professional help. Therapy can also help parents break the cycle, so they don’t continue to pass on the harsh legacy to children.

Shahar says he teaches adolescents and young adults about the detriments of self-criticism. “I then teach them to identify their inner critic and then to cultivate other voices inside them that are not critical,” he says. He teaches patients to base their behavior on those benign/benevolent voices, rather than self-critical ones, using interpersonal, cognitive, behavioral and psychodynamic therapeutic techniques and relying on the healing power of therapeutic relationships.

Kannan notes that psychoanalytic therapy that delves into negative internalized childhood experiences may help in understanding the origins of self-criticism and treating the issue, and Engel highlights compassion-focused therapy, mindful self-compassion and trauma-focused therapy as specific types of therapeutic approaches for those who are deeply shamed and self-critical. “Across approaches the idea is, you can recognize and sort of verbalize those internal attitudes – talk through what the origins were – then you may be able to separate the part of yourself that’s more balanced or more positive from the self-critical part,” Kannan says. “Then you can start to say, ‘OK, that’s maybe a part of me – it’s not all of me.’ So it’s like the difference between saying you’ve experienced failure, versus you are a failure.”

Michael O. Schroeder STAFF WRITER Michael Schroeder is a health editor at U.S. News. You can follow him on Twitter or email him at mschroeder@usnews.com.