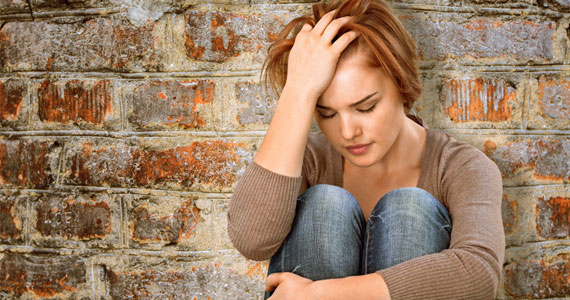 The Psychological Impact of Victim-Blaming – and How to Stop It

Many victims of abuse suffer secondary trauma from being blamed for the harm they endured.

Simply talking about it can be hard enough.

Almost without fail, when a person has been the victim of abuse, psychological experts say that individual experiences shame – internalizing some of the emotional and mental injury perpetrated; that’s in addition to how the abuse, such as physical or sexual, may mark a person physically. “Children, in particular, always see themselves to blame for whatever happens,” says Beverly Engel, a marriage and family therapist based in Los Osos, California. “They blame themselves for things they had nothing to do with. That’s just a child mentality.”

However, adults often self-blame, too, and many who have been abused find themselves being blamed by others for the hurt they endured, in subtle or overt ways. While it usually begins with the perpetrator, experts say victim-blaming is a cultural phenomenon that can have a debilitating psychological impact on a person already struggling to recover from abuse.

[See: How to Find the Best Mental Health Professional for You.]

“We are a culture of victim-blamers,” Engel says, adding that those who suffer sexual abuse – from young children to predominantly female students on college campuses – are frequently blamed for what happened to them. “The core of victim-blaming is that we don’t want to feel out of control,” she says, since being victimized – or learning that someone else was victimized – threatens to shatter the illusion that we’re always in control of what happens to us; and it runs counter to a notion rooted deeply in our society, Engel says. “Fighting for our freedom, being independent, fighting against someone controlling us – we have a whole history of that.”

Heroics aside, experts say the problem with such a mentality is that it often sparks a knee-jerk reaction to either quiet a person who has been abused or “fix” the abuse (going after a perpetrator, but leaving the person who was abused without support). That makes it difficult for a person to talk openly about what happened to them, to be supported in his or her recovery and to process myriad emotions, from anger to grief. It can also make it less likely a person will seek psychological treatment to address issues such as depression and post-traumatic stress disorder that may result from being abused.

“Victim-blaming is actually something that comes up all the time in sessions,” says Dr. Anju Hurria, a psychiatrist and assistant clinical professor of child and adolescent psychiatry at University of California–Irvine. “It’s really considered a secondary trauma or a secondary assault.” She says those who are blamed for abuse they experienced “report greater distress, increased amounts of depression; [it] usually complicates their post-traumatic stress disorder, if they’re experiencing that, because they’re dealing with two different assaults. Often we’ll see an increase in suicidal ideation, and then it often decreases people’s chances of reporting future abuses, because there is a fear they won’t be believed, or that they’ll have to deal with the negative feedback of reporting it.”

Hurria adds that victim-blaming can also worsen symptoms of anxiety. And experts say it can increase shame, leave a person more disconnected from their own feelings as well as make it harder to connect with other people and ultimately stand in the way of recovery.

Where in some abuse cases the facts may be legitimately disputed, experts say frequently a plain truth is obscured by murky intentions – such as when family of a victim seeks to keep the issue quiet, because the perpetrator is a family member. “No one ever deserves to be hurt,” no matter the circumstances, says Jen Marsh, vice president of victim services for RAINN, or Rape, Abuse and Incest National Network, an anti-sexual violence organization that partners with local sexual assault service providers across the country.

[See: 9 Things to Do or Say When a Loved One Talks About Taking Their Life.]

Abuse is commonly perpetrated by someone the person who is abused knows, which can make it harder for that person to get the help they need. However, supportive family and friends who are committed to helping a person in their road to recovery can start by really listening as a person recounts what happened, or their trauma narrative, Hurria says. That means not just jumping to act. If it was a recent assault and medical attention is required, then let that person know you’re there to hold a hand during a forensic exam or to take care of other things, Marsh says. “But it’s really ultimately that survivor’s choice how they seek help and when they choose to do that.”

In talking with a person who has been sexually abused, or otherwise victimized, don’t fixate on questions and refrain from qualifying statements, experts say, like pointing out if a person was drinking when abuse occurred, which implicitly make excuses for the perpetrator. “The survivor is already in a place where they will interpret questions – particularly questions that begin with ‘why’ – ‘Why were you’ – as blaming them for what happened,” Marsh says. And don’t be afraid to intervene if others victim-blame. “It’s OK to speak up in those situations and reiterate publicly and loudly that nothing anybody ever does warrants them to be hurt, and that’s the bottom line,” she says.

At a most basic level, experts say a person needs to be free to feel the way they do, and affirmed by those who love them, so they can process those feelings. “We need to be validated,” Engel says. It’s also important for a person seeking help to find a mental health professional they trust. “Find a therapist you feel really comfortable with, because it’s an extremely personal thing,” Hurria says. She notes that may involve interviewing multipletherapists, before selecting one; treatment, like trauma-focused cognitive behavioral therapy, should be tailored to the type of mental health issues one faces as a result of the abuse. “But the idea is to form a relationship with the therapist to be able to work through the trauma and then all the subsequent results of the trauma,” she says.

Marsh recommends not only those who have experienced abuse but also those who wish to support them take advantage of resources, like contacting RAINN’s National Sexual Assault Hotline. “Because in order to be a good supporter, they need to be in a good place as well,” she says.

[See: Coping With Depression at Work.]

Engel adds that on a societal level, much more needs to be done not only to prevent abuse, but to better support those who have been abused in their recovery. “For the general public, we need to remember that we are not always in control, and we can all be victimized,” Engel says. Acknowledging that, she says, would allow us to be more self-compassionate when we face suffering and to be more compassionate toward people who are victimized in acknowledging their suffering. More often today, she says, “People just don’t do that.”

Michael O. Schroeder STAFF WRITER Michael Schroeder is a health editor at U.S. News. You can follow him on Twitter or email him at mschroeder@usnews.com.