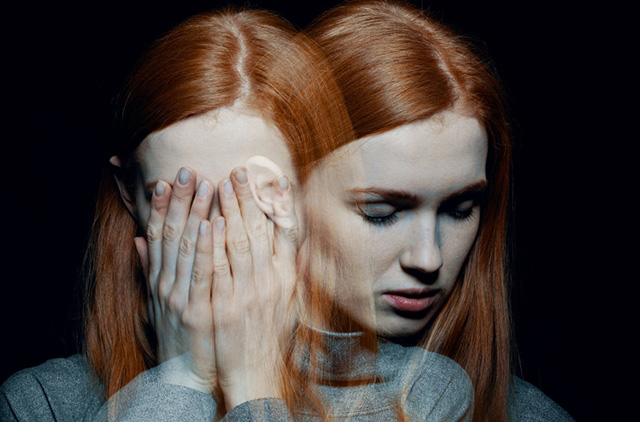 Why Shame is the Most Damaging Aspect of Emotional Abuse

Heal your shame in order to end an emotionally abusive relationship.

Coming to identify how shame is affecting you and understanding how shame works to diminish you will be taking the first step toward escaping from an emotionally abusive relationship.

Shaming slowly whittles away at the victim’s self-esteem and self-confidence and makes her question her perceptions and eventually, her very sanity. Weakened, worn down, and confused, the victim loses her ability to fight back.

The effects of the type of debilitating or “toxic shame” that victims of emotional abuse experience include:

In order to gain the courage, strength, and determination to confront an abuser and/or end an emotionally abusive relationship, victims need to rid themselves of their shame. Shame is by far the most destructive aspect of emotional abuse and it can be the most difficult to heal.

Shame causes victims to stay in an abusive relationship because it makes them feel so bad about themselves that they come to believe that no one else would ever want them. When you are consistently shamed you come to feel you are worthless and unlovable, that you are damaged beyond repair. Add this to the shame victims feel because they are unable to stand up to the abuser or walk away from the relationship and you can see how emotional abuse creates a prison of shame. Just as surely as someone who is locked up behind bars has no freedom and very little choice, victims of emotional abuse feel trapped and powerless.

Escaping the prison of shame that confines you and continues to wear you down is not an easy task. You will need to learn that the abuse is not your fault—a monumental task in itself. Then you need to begin to believe that you deserve to be treated with more respect and consideration, another monumental task. Next, you need to be able to shore up your confidence in order to begin to stand up for yourself, name the abuse, and set boundaries. Finally, you may need to build even more confidence in order to walk away from the abuser, often someone you still love.

Even when a victim becomes aware that she or he is being emotionally abused, many have come to believe that no one else would ever want them or that they can’t make it on their own without the abuser. This, in turn, adds to their shame. They chastise themselves with statements like, “How can I be so weak that I stay with someone who abuses me like this? What is wrong with me?” Many hide the fact that they are being abused from their family and friends due to shame. Yet keeping this secret creates even more shame. Soon you have an environment of shame—a prison of shame.

In addition to the shame that victims suffer from the actual abuse, they also feel shame for the following reasons:

Shame for Not Walking Away

You also should not blame yourself for not walking away at the first signs of abuse. After all, you love your partner and you wanted to give him or her the benefit of the doubt. You wanted to believe his promises to never treat you like that again.

Victims of emotional abuse tend to minimize their partner’s abusive behavior and the effect it is having on them. For example, in spite of the fact that your partner’s abusive behavior was escalating, you may have assured yourself that it wasn’t that bad. You may have heard about or read stories about intimate partner abuse or domestic violence, horrific stories where the abused partner was battered, tortured, or even murdered. Hearing about these physically violent examples of abuse may have made it harder for you to recognize that you were being emotionally abused. After all, your partner never hit you, never pushed you into a wall, never locked you in a room.

Shame for Not Standing Up for Yourself

Victims of emotional abuse are often criticized for not standing up for themselves when their partner first became abusive. But here too, most abusers are very adept at handling concerns voiced by their partners. Each time you noticed something you didn’t like about your partner, he may have passed it off as you being too critical. He or she may have even listened to your concerns and apologized profusely in order to rein you back in. For example, she apologized for being so jealous and promised to never let it happen again, he may have explained that he was under a lot of pressure at work and apologized for taking it out on you.

Even as you began to recognize that the troubling behavior was not going away or that it was even getting worse, your partner may have been able to convince you that the problems you were having in the relationship were “normal” and that the two of you just needed to work together to create a better relationship. This usually involved you needing to change in some way in order for him to stop misbehaving. You may have begun to hear the all too often words, “If only you’d do this, I wouldn’t do that.”

Eventually, you may have come to realize that the problems were not normal and that in fact, it wasn’t you who needed to change. You may have tried again to bring up his or her unacceptable behavior. Unfortunately, even this direct approach didn’t work. First of all, emotional abusers are often experts at twisting your words and talking circles around you. For example, abusive partners often resort to yelling, cursing and name-calling when you attempt to stand up to them or push back on their demands. You may have come to the conclusion that if you want to keep the peace it is better to just comply with your partner’s wishes.

Another tactic is to use shaming or guilt trips to manipulate you. When victims attempt to stand up to their partners or call them on their offensive behavior, abusers often play the victim and say things to you like: “I can’t believe you really believe this about me. Don’t you know that all I want is to make you happy? But no matter what I do, you are never satisfied. Frankly, I wonder if you are incapable of being happy.”

Unless you recognize your shame and begin to heal it, your hands will feel tied in terms of being able to escape your relationship. Shame will cause you to curl up and make yourself feel smaller at a time when you need to stand up and feel empowered. It will cause you to blame yourself for your partner’s actions and to feel badly about how you have reacted to the abuse at times. In order to gain the courage, strength, and determination to confront an abuser and/or end an emotionally abusive relationship, victims need to rid themselves of their shame.

By focusing on healing your shame you will begin to believe in yourself and in your right to be happy. I have developed a Shame Reduction Program, which I will outline in the next article on emotional abuse. By practicing these strategies my hope is that you will come to see an abuser’s lies for what they are—attempts to control, manipulate, and imprison you.